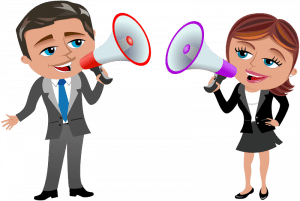 Here we go again, another election and another possible change of government. I should imagine that the medical profession has revised asking suspected concussion patients the question, “Who is our Prime Minister?”. It may not be the best question to ask given the many changes of leadership.

Speaking of changes, one of the critical strategic plans in politics is that parties make promises that capture the attention of enough voters for that particular party to lead the nation. I have heard moans and groans about “here we go again”, “they’re all the same”, and “they promise everything before they’re elected then don’t deliver.”

It’s understandable that trust and faith in our politicians wanes when the goods are not delivered.

It seems that we can draw a parallel between political promises and promises we make to one another. On reflection, how often have we expressed our intention to deliver with our partners, children, friends – making promises that never come to fruition? I believe the expression is “talk the talk, but not walk the walk”. Is this the same strategic line as political “clap trap?” We would probably shudder to think that this could be so. The truth is that whatever you wish to call it, it does cause problems and pain in relationships.

Depending on the severity, most people are able to cope with some disappointment and broken promises. However, if these are not addressed and continue as “clap trap” or rhetoric the frustration increases and tolerance wears thin. Believing that the other person needs to “just accept it” or “stop complaining about it”, is counter productive. Talk is cheap unless it is backed up by action. Actions have always spoken louder than words. Action is a verb – it’s a doing word that gives evidence to people we most care about that we are prepared to get past our ego and review our thought patterns and our manner of speak. We want to show others that we are prepared to encompass flexibility in our attitude, and be willing to be influenced.

There is a way of making this a very different scenario whereby the action of revisiting and renegotiating comes into play. For whatever reason it is not always possible to fulfill previously made promises, so rather than becoming defensive, ignoring and avoiding, it calls for a stepping out to communicate the difficulties and working together to draw up another plan. This involves having the ability to recognize the bend and be flexible. If we did not action this in the workplace most people would be unemployed. Being open to possibilities creates a wonderful effortless fluidity that flows between 2 people that can swap and change for smooth flow of the relationship. The terrible discomfort of “I don’t count” transforms into we both are considered and respected.

LOVE starts as a feeling, and remains a feeling until it is fueled by consistent action. This fueling and actioning takes love to another level. It supports the fundamental elements of that which constitutes healthy, thriving relationships. The all-important fundamental elements of honesty, respect, co-operation, accountability, safety and support create a firm foundation for the furthering growth of love & trust. It is important to create shared meaning and to witness evidence of that commitment. This creates a connectedness and a passion that leaves you yearning for more.

If love in action is not evidenced then the love base becomes fragmented; there is a turning away from the other as distrust and hurt eats away at the heart – the very same heart that was overjoyed and open to so many wonderful prospects & possibilities. If unattended, the feelings of hopelessness and despair permeate. The restoration of faith seems near impossible, respect crumbles, distrust grows, and an uncomfortableness becomes apparent.

Clap trapping is futile and leaves a horrible emptiness. It creates unnecessary trouble, doubt and hurt, and drags us away from the values of sincerity, honesty and integrity.

Our task is to see and use adversity as an advantage. Learning from our experiences heightens resilience and passion for love & life!